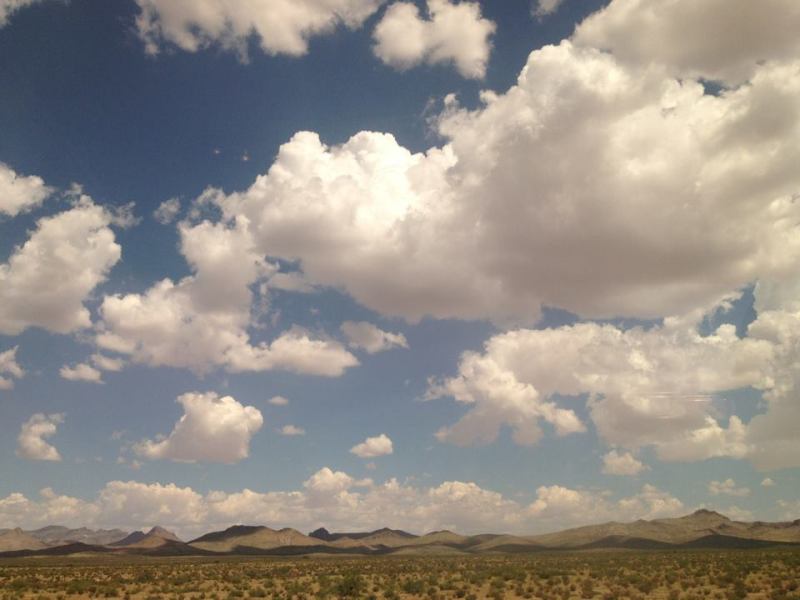 Notes from the Road: Sunset Limited

I was on a train somewhere in west Texas when the rain came. A smattering of droplets grew to a curtain that obscured the café car’s arching glass window as the Sunset Limited slowed to a stop. I looked up from my book in time to see the sky crack open. Where there had been slabs of fissured earth and pale dust, a web of frothy rivulets as dark as cinnamon and as moist as milk bled color into the ground.

“Fash flood,” someone declared. The torrent of water could be powerful enough to derail a moving train. From the corner of my booth, I peered along the tracks stitched arrow-straight all the way to the horizon, where the purple-grey bruise of clouds began. Stillness settled over the train.

We were guests on that lonely stretch of desert, ebbing and flowing in its own careful way, oblivious to timetables and bus connections to sprawling suburbs. We would sit and wait, until the desert had had its fill.

We would be patient despite ourselves.

Next Exploring natural cider in France

Previous Notes from the Road: Ardèche