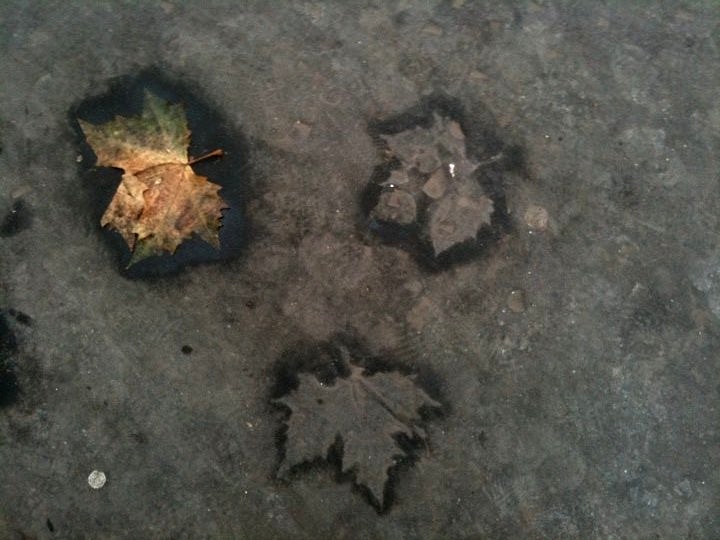 I was in New York a few months ago on my way to Michigan via D.C. and a funeral. It was a rare moment when I had absolutely nothing to do but wander and wonder. The leaves were turning and the sun was bright between cloudbursts. I’d been playing around with poetic forms and wrote this series of haiku after one satisfyingly uneventful day. I am easily overwhelmed by city’s movement; this exercise in observation was steadying.

1
Walking to the train,
I crush leaves on the sidewalk,
wet from last night’s rain.

2
The subway doors close
as I look up from my book;
now I’m late for class.

3
Through the window comes
the racket of men at work;
inside women chant Om.

4
When the light turns green,
the boy twirls his umbrella
and steps off the curb.

5
Biscuits in both hands,
the waiter dodges puddles
on the cafe floor.

6
The food arrives and,
before picking up her fork,
she takes a photo.

7
Wind scatters the leaves
on Havermeyer Street, wet from slanting rain;
I breathe out a cloud.

8
Head down, a woman
sweeps leaves from a concrete yard
without looking up.

Previous A World of Coffee