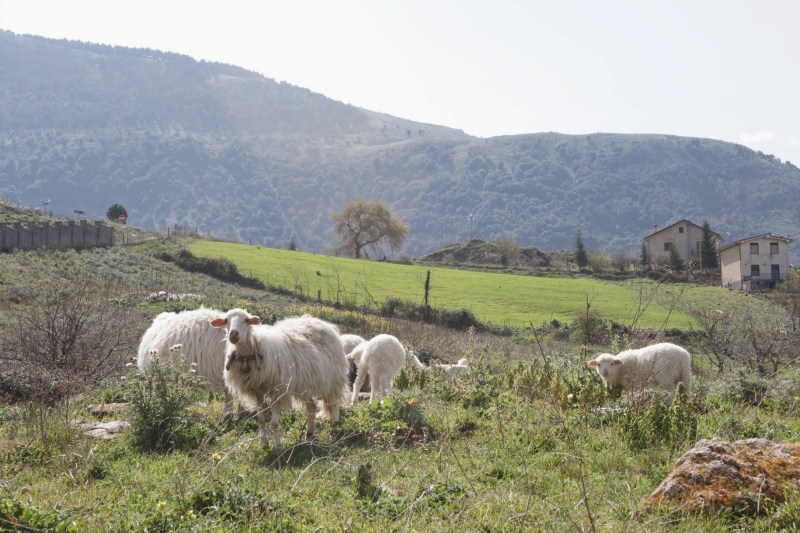 In life, you must be bold

My job in marketing was supposed to be temporary, a stable passageway out of a bad relationship into a new life of independence. But it had been three years and the job had become the thing holding me back. The problem was, I had no idea what I wanted to do. So I did what any confused 27-year-old American in France does: I went to a sheep farm an hour outside of Paris for the weekend.

Catherine, the shepherdess, welcomed two or three people to her farm each month. I admired her from the minute she greeted us. Fifty-something and wiry, she’d spent half her adult life as a wedding dress maker. Now, she strode around her farm in cut off jean shorts looking after seventy sheep. She kept her coarse blond hair long, tying it up under a professional version of a plastic shower cap when she donned a white cheese maker’s jumpsuit.

“I told myself I would only have ten,” she told me over dinner on the first night. She’d offered me the camper in the barn so I wouldn’t have to make the trek back and forth to Paris. “But then somehow I ended up with twenty, and it just never stopped.”

The next afternoon, Catherine asked me to help her rub iodine on a wounded sheep. I was there to learn about farm life after all. “You want me to wrestle it to the ground?” I asked, already fairly certain sheep rearing was not in my future. Catherine explained that the sheep would gently collapse to the ground if I got its legs in just the right way. But I only had one chance.

I looked at the sheep’s velvety beige hocks below the shapeless shag. I saw the raggedy iodine-stained wound gaping at the knee. I took a deep breath and went in for the tackle—and missed. The sheep backed into a corner and bleated at me. Catherine shook her head and moved in, bringing the animal gently to the ground with a single movement. “That Catherine is a force of nature!” blurted Christine, a retiree with weepy goldfish eyes, Catherine’s other guest for the weekend.

That evening, Catherine invited me to run some errands with her. She shared a house most weekends with her boyfriend and the cherry tree there needed picking. We drove out together in her little red two-door.

She handed me a wicker basket, then propped a ladder in the crook of the tree and climbed into the branches. She plucked cherries and dropped them into the basket, not looking down. I shadowed her on the ground, moving to catch the dark drops as they fell. The mound in my basket grew bigger. The late afternoon sun dripped its warmth down my back through my thin cotton shirt.

As I bobbed from left to right, she asked me about myself. I told her about the boyfriend in America, the job I hated but was afraid to leave, about wanting to live closer to nature. She listened to me as she reached into the branches, balancing her thick-soled boots on the ladder’s thin rungs. She dropped a last handful of cherries into the basket, then paused and turned to look at me. “In life, you must be bold,” she said.

After dinner that night, I ate a fistful of sweet blood-warm cherries and peered into the blackest night sky I had seen since leaving home.

Next A World of Coffee